7 Dwarfs: Men in The Woods 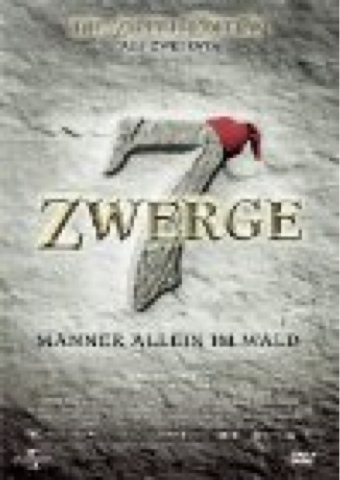 Until now, my only exposure to German humor has been Sprockets, on Saturday Night Live, which one could argue doesn't count. I have generally stayed away from German humor because of prejudice in thinking that they are a dour, brooding people. I guess that may be a result of watching only German horror, World War II movies, and documentaries on the History/Military Channel. I wasn't sure of what I was getting myself into with this experimentation.


7 Dwarfs, (in German: 7 Zwerge), is not surprisingly a take on the Grimm Brothers’ story. It is set in an alternate universe (I’m guessing), where there is a bright side, the cozy home for humans, which was created in 6 days, and a dark side, the Sinister Forest, which was created on the 7th. Of course, the Dwarfs live in the Sinister Forest.  A river separates the two, which no one is supposed to cross. We are introduced to the dwarfs when Little Red Riding Hood crosses the bridge, tempted by a flower, and is seen by one of them (Bibi). 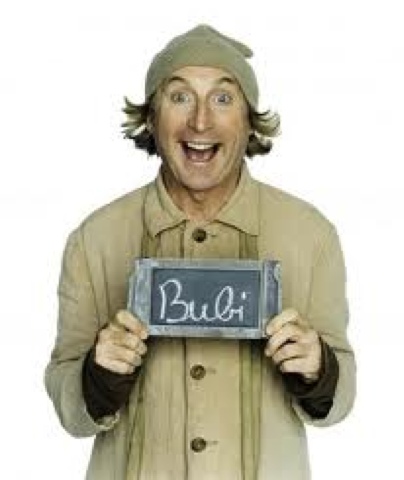 This kind of sets events into motion, because Bubi had never seen a woman before, and becomes curious, asking "Are there any more of those creatures with no willie?". The others, led by Brummboss, try to curb his interest, by reminding him that he was abandoned  (tossed out of a hot air balloon) by his mother, who was a bank robber, so that she could make an escape. They decide to take measures to prevent any more women from crossing the river. Since they are unable to blow up the bridge, they use other, much less effective, means.

Meanwhile, we are introduced to the Evil Queen, who, as usual, is vain, and being blonde, all of the jokes her jester tells must be about brunettes (he is later thrown in the dungeon because he is caught telling blonde jokes). When asking her mirror the usual question, (Do I really need to tell you?) finds out that Snow White is still alive (servants were told to "get rid" of her, but thought that meant to take her to an orphanage). After the Queen sends her huntsman to find Snow White, the mirror warns her, and she escapes to the Sinister Forest. 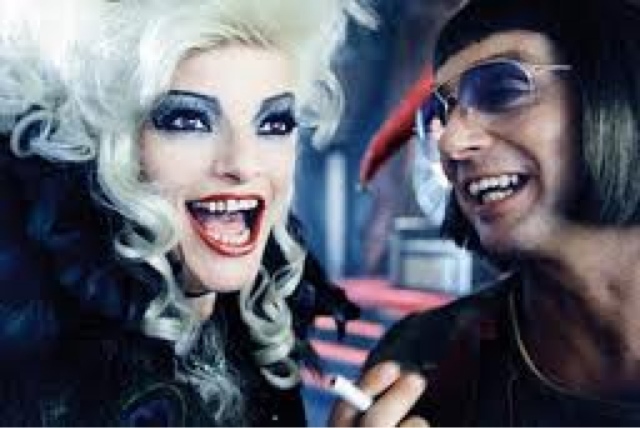 The rest of the story plays out pretty much the same as the story that we are familiar with: Snow White meets the Dwarfs, and improves their lives. The Huntsman and the Queen pursue Snow into the forest, eventually capturing her, in order to execute her (for the crime of deliberate & delicious beauty). The Dwarfs go to the rescue. Being a comedy, there are detours on their way to the rescue, but of course the dwarfs eventually succeed. There is at least one twist, though not really surprising, if one is paying attention, but I won't spoil it.


A running joke is that they aren't really dwarfs, they just call themselves that. They don't even have real beards, but fake ones that they wear whenever going out into the forest. They are actually a sort of He-Man Woman Haters' Club, like in the Our Gang series (google it). They are each in the forest to get away from women, who had somehow done them a serious (mostly perceived) wrong. Each had answered an ad placed by Brummboss.

This movie is really funny, and dense with jokes. I generally dislike comparisons to other movies, but it's necessary here, because the humor covers a broad range. Like with the Police Squad and Airplane franchises, and Mel Brooks films there are constant gags. Even during serious scenes, there is something happening in the background, sometimes subtle, sometimes not. Also like those films, much of the humor is visual and absurd, and based on the characters not being very bright, or as bright as they think they are.

There is also quite a bit of slapstick humor (their favorite games involve hitting each other with boards), like The Three Stooges.  Most of the Stooge-type humor is dealt in a Moe Howard style. Unfortunately for Bubi, he, like Larry Fine, gets most of the abuse.

Of all of the characters, only Brummboss, and the Queen's Jester appear to have any sense. Well, that might not be totally fair, since Snow White and  Bubi's cluelessness probably has more to do with their naiveté than lack of sense or intelligence. At the beginning of the film, Snow is only 17, and Bubi has only ever known the forest, and what the other dwarfs have told him (If women are nice to you, it's only to trick you).

I have two major pet peeves about comedies, bathroom humor, and direct references to other movies. Thankfully, there is no bathroom humor in this film, though there is some mild sexual innuendo (the Dwarfs' hats pointing straight up when they first meet Snow White, and the "willie" remark"). My other peeve is present here, though there is only one occurrence. At one point, pretty much randomly, Brummboss seeks the counsel of a Gandalf-type character (please don't admit to googling that). Really, that is my only criticism of the movie, it just sticks out, and didn't seem to help move the action. Unless a film is a sequel or a type of spin off, it should be like cheese, and stand alone.

I highly recommend 7 Dwarfs. It is highly amusing, and is quickly paced, a great, original take on the classic story, and the cast all appear to be great comedic actors. Having been filmed entirely on a soundstage, it has a classic fairy tale-type feel. Unless I missed something, outside of the slight innuendo, it is probably suitable for all ages.

To summarize how much I enjoyed this film, I rarely laugh during Comedies, but I laughed out loud more than a few times watching it.

7 Dwarfs is in German, with subtitles, and is available on Netflix and Amazon Instant. I give it 6 1/2 of 7 pointy hats. I docked it 1/2 a hat because of a terrible song, their version of Hi-Ho, Hi-Ho.

Note: The trailer below has no subtitles, but it still gives a great feel for the movie.